Are You Finding A Way, Or Finding An Excuse?

There can always be an excuse for why something can’t or didn’t get done. It’s too early, too cold, too late or too difficult. But people who set goals and really want to achieve something don’t make excuses. They simply find a way to get it done and make it happen, regardless of the obstacles. 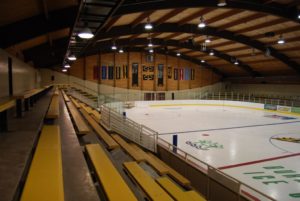 I was chatting recently with a rink manager about an NHL player. This arena manager described the player as ‘one of those kids who came to the rink to run stairs‘. He would show up at the rink unannounced, ask permission to run the stairs, and there in the dark – the only one in the entire building – he would start his workout.

Eventually the arena manager started turning on the lights for this athlete and over time developed a friendship.  Sometimes friends would show up to run stairs with him, but eventually they would drop off and within a week or two, it was back to this one player running stairs, alone.

One day the arena manager asked the athlete what happened to his buddies. They had work. They went to the beach. They went fishing. They went to a movie. They were tired . . . The excuses were endless.

However for this one player who set a goal, who wanted to make the most out of his hockey career and play at the highest level he possibly could, there was no stopping him. This was his priority and he wasn’t going to let anything get in the way of it. There were no excuses, ever, for why he couldn’t find time in his daily routine to workout and best prepare himself to reach his goal.