It’s The Little Things That Matter 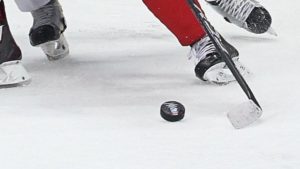 As I watched the winning team celebrate a championship at a recent weekend tournament, a parent turned and asked “How in the world did that team win?” My response? By doing the little things.

In every game there are so many things that can go right for a team, as well as go very wrong. When it comes to winning games, especially at this time of year, coaches will tell players to stay out of the box, work hard, play with passion and to give it their all. And within all of these pieces of advice are details that often determine the outcome of a game. And it’s these little details, that when added together, that often play a large role in the final score.

So what are the little things that matter so much? I used to have a coach that said hockey is a game of ten-foot races. Races to the puck. Races to the net. Races to an open area. Quickness is an important aspect of the game and this type of effort is nothing more than will over skill. Teams in the biggest games that win the races are often times the team that also come out ahead on the scoreboard. It’s amazing how many times you see one team start winning the races, and then the other starts to stand around, and once that happens to the other team, good things start happening for your team!

Getting the puck out of the zone or into the zone. Blue line play is so important, yet often overlooked in the flow of the game. During this championship game that I was watching, the winning team won nearly every battle of the blue lines. When they were killing penalties and in a defensive zone scrum along the sideboards, they found a way to get the puck out of the zone, thus killing more time on the penalty. On the other end of the ice, when they needed to get the puck into the zone to get a change, they didn’t simply get it into the zone ten feet across the blue line, they shot it in deep, and made the other team retrieve it, and start back up the ice. Making a team go 185 feet for a goal can make a big difference, no different than field position in football!

Face-offs. As youth hockey players get older face-offs become super important. While the center hopes to win the face-off, the coverage of players by wings is equally important. I watched a face-off in this championship game where the team won an offensive zone face-off and drew the puck back to the top of the circle, but it was picked off by an opposing wing that skated right out through two players that didn’t tie up. The result? A goal on the other end of the ice!

Another great coach once told me that you have to believe you are going to be good before you ever will be good. And while this may seem like a trivial thing, believing leads to confidence, and confidence leads to momentum. Again during this championship game one team not only looked like they wanted it more, but it looked like they believed more!

Good luck in your own playoffs this year and remember, it’s the little things that matter!