Billy Was A Summer Hockey Superstar 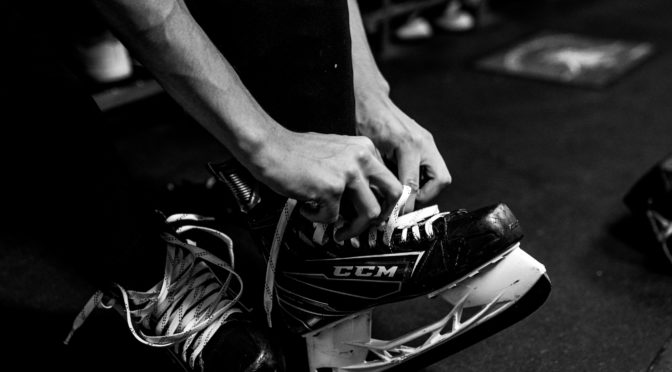 When parents drop their child off at summer hockey school they wonder a few things on the drive home; will they improve and will they make new friends? With any luck, they will both improve and also meet a kid just like Billy.

One of the great things about going to summer hockey school is that youth hockey players get to train with kids from outside of their club and community. When Billy announced in the locker room that he was from Canada the locker room went silent. Players sat staring, mouth wide-open, in disbelief.

Then suddenly the locker room was full of kids mumbling in confusion. Half not really sure where Canada was, only having heard stories from their old man about the legendary players from this far away land. The other half just continued staring, convinced they were undoubtedly in the presence of the best youth hockey player on Earth.

And then it happened, into the locker room walked Billy’s father. This was a man so grand in stature that no one dared say a word. He was not only in great physical shape with leg muscles larger than most tree trunks, but he had a face so intimidating and rough that you could strike a match on it.

One of the camp instructors introduced him and the fact that he played in the NHL. One kid could be heard telling his buddy to shut up because he thought that Sammy’s dad was about to say something. And say something he did.

With a smile on his face larger than any goal crease, he told everyone to enjoy the week and to welcome Billy because he didn’t really know anyone at camp. From that moment forward, it was game on.

I think every hockey player improved their skills that year at summer hockey school, in part because everyone wanted to be as good as Billy. This summer we hope your hockey player meets someone just like Billy and inspires them just as Billy did for us at camp so many years ago.

After 26 years of summer hockey camps we always find special inspiration each week for the players. Sometimes that’s what it takes to bring their game to the next level.  We hope to inspire you this summer and invite you to train with us at one of our camps in 11 states. Check out our website for all of the dates and details!