To Beat You, I’m Going To Outwork You 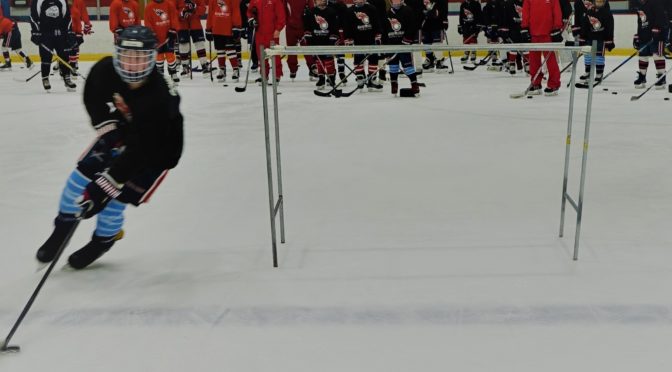 Here’s how I’m going to beat you. I’m going to outwork you. That’s it. That’s all there is to it. – Pat Summitt

I saw this quote recently and it made me stop and think. You can have all the talent in the world, but if you don’t work hard, you aren’t going to be successful. Who is Pat Summitt you might ask?  Summitt was the head coach of the Tennessee women’s basketball team and at the time of her retirement had 1,098 wins, which was the most in college basketball history. As a player she won a sliver medal at the 1976 Olympics and later coached the US Women’s Olympic Basketball Team to a gold medal at the 1984 Olympics. She knew a think or two about winning.

Good coaches are good coaches regardless of sport, and it’s interesting as a hockey coach to learn from others.  And the thing about Summitt’s quote about winning, especially winning consistently, in the big games and in the playoffs is this: you can have all the talent in the world, but if you don’t work hard, someone else, regardless of talent level is going to want it more, work harder and win the game. Will over skill is much more than a simple motivator or cliche.

At our summer hockey schools we focus heavily on skill. Specifically, the CARTER Method focuses on Control, Agility, Reflex, Technique, Edge and Retention. We challenge players to reach their full potential in each of these key areas and also teach of the fundamentals of skating, stickhandling, and shooting, and we teach in a way that builds confidence and leads to continuous improvement.

While we strive to instill not only these fundamental skills, we also stress the importance of hard word. A great quote from the best of all time is;

The highest compliment that you can pay me is to say
that I work hard every day, that I never dog it.
-Wayne Gretzky

The Great One finished his career with a 1.921 points per game average. Think of that, nearly two points per game in the NHL and what he wants to be remembered for is that he worked hard every day and ‘never dog it.’

Players who want to be successful in hockey need to continually work on skill development, but must also ask themselves if they ‘dog it’. One of the greatest and most fun part of being a coach is being a part of a team that not only has a ton of talent, but also three lines of players who all want to be at the rink and all want to work hard every practice, every game, every period and every shift.

This season have fun, become a better hockey player and make it the season that you focus on hard work. Good luck, thanks for reading and we look forward to seeing you at the rink very soon!