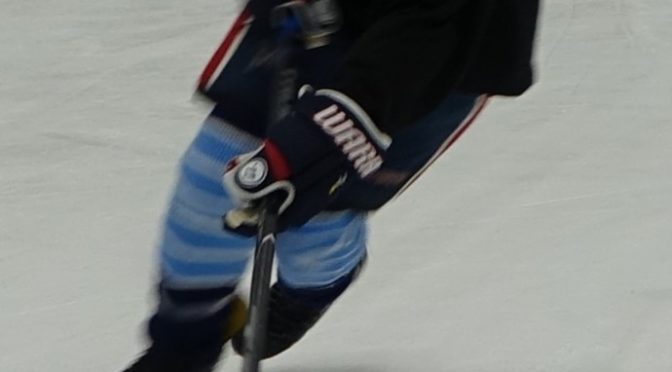 The basketball Final Four and hockey Frozen Four are an awesome time of year to watch as teams and players  are hopefully peaking at the right time and bringing their “A game” to the ‘win or go home’ contest. Whether it’s basketball or hockey, there is a competitive spirit in the spring air and there is no better time to be inspired by all of the championship caliber play!

In past articles we have talked about the importance of watching great players and great teams, and learning from their preparation and performance. For players with aspirations of playing at the highest level possible, any opportunity to learn a new deke, dangle or defensive move should be taken advantage of.

At our summer hockey schools we often ask players who their favorite pro and college team is and of course, about their favorite player. It’s amazing how often the response includes the same teams that recently won a championship, or a player who lit up the stat sheet this season. The takeaway is that what is happening now, over the next couple of weeks is an important ingredient in player aspirations and inspirations!

It’s a great time of year to use these moments to motivate players to do all they can this summer and to help take the next step in their development so that one day, it might be them competing in the March Madness!

If you have set goals for yourself and want to work hard towards accomplishing them, we invite you to train at one of our hockey schools this summer.

We know what it takes to get to the next level and have a competent, knowledgeable and highly skilled staff that are as enthusiastic about helping you advance your skills as  you are about achieving them!

So as you watch the final countdown play out on the basketball court and ice rink over the next few weeks, we hope that your own final countdown for summer hockey training decisions includes our hockey camp. It was 25 years ago that we started Greg Carter’s European Hockey Schools and we are looking forward to celebrating our anniversary with you this summer at one of our hockey camps located in 11 states!

Spots are filling up fast, for more information on dates and locations, click here!